My Grief Comes In Waves 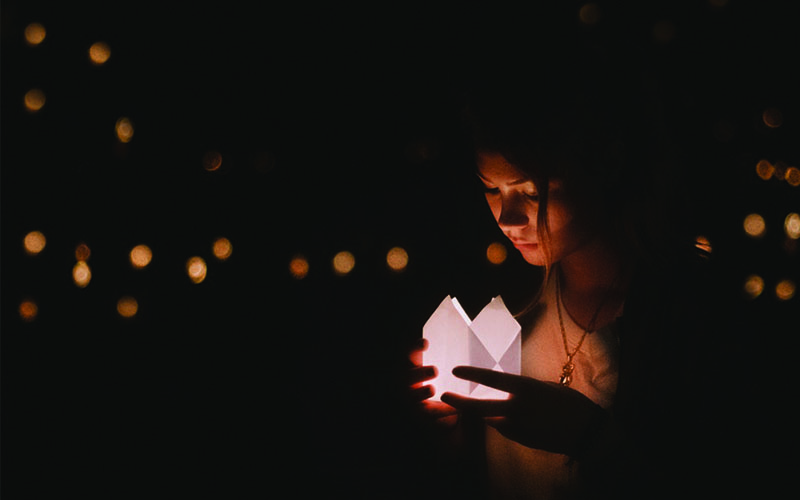 My father tells me this in the bleak morning of Monday, December 4, 2017. The sun is streaming through the windows and the air is bitter and cold, even within the house. My skin is clammy and I feel so tired, yet wide awake. I clutch onto my mother as we watch the latest episode of Saturday Night Live under a fleece blanket. The dog is asleep in the corner, the fireplace ticks slowly.

It’s hard to believe I’ve just lost my brother. My process of grieving is different from my parents in many different ways – they were there to see my brother pass right in the moment. I found out 5 hours ago in the dead of night when they picked me up from my dorm room at my university, right before finals week was to begin.
Dad’s pulled up the five stages of grief, traditionally defined as denial, anger, bargaining, depression and acceptance, developed by Elisabeth Kübler-Ross in 1969 in her book On Death and Dying. It makes me laugh out of a gut reaction – Ryan’s died this morning, how can Dad be in anger already? Is he past denial? It didn’t make sense. And again we pause Hulu and cry.

Since this day, I have thought of grief as a wicked thing. We said from the beginning, it comes in like waves from the ocean. Tides will bring the lapping water back from our eyes and we can begin to feel normal again, only for the tides to come back in, the guilt swarming around us – how can we feel so normal when he is not here with us? Grief can rear its ugly head in the most insecure places – setting the table for 3 instead of 4. The number 3 is just that – a number – but to me, our family has always been 4. I never thought of grief as a linear process simply because we are human and, well frankly, nothing is ever easy and linear, is it?

Turns out Kübler-Ross noted later in life that the stages are not a linear and predictable progression and that she regretted writing them in a way that was misunderstood. The Wikipedia page on the Kübler-Ross model states, “Kübler-Ross originally saw these stages as reflecting how people cope with illness and dying,” observed grief researcher Kenneth J. Doka, “not as reflections of how people grieve.”

To this day, sometimes I’m still in denial, at least on the subconscious side. Ryan will come to me in my dreams, dreams which have always been a bit too vivid and realistic for my liking, and profess how he was only kidding when he said he was dying, or laugh at me for believing he was truly dead, asking me how I could believe something so stupid despite his urn, beautiful and unique as he is and was, sits right in front of us.

“That’s someone else,” Ryan explains to me, as if it’s obvious. “Some other poor bastard’s in there.” In there – in the urn we picked out through tears and apathy of having to pick something so physical when he wasn’t, and decided yes, this was his. He looks at my shocked and confused expression and laughs. “Whoops.” And suddenly, I’m awake again, alone in the cold morning with the belief that somewhere, somehow, he’s alive. Denial will play tricks on you, tricks you almost believe but can’t stand the thought of accepting.

My parents are in a much different place. I’ve said since the beginning that our grief is not a competition over who feels the worst, but I think in all of our own minds, we crown ourselves the true winners of this horrible contest of wrongdoings and awful things said.

We move through grief in our own pace, at our own time, and skip across the stages. What is truly more, in its rawest essence, imperfect, non-linear humanity?

“Grief, I’ve learned, is really just love. It’s all the love you want to give, but cannot. All that unspent love gathers up in the corners of your eyes, the lump in your throat, and in that hollow part of your chest. Grief is just love with no place to go” ~ Jamie Anderson