Everything Can Be Addictive: Part 1 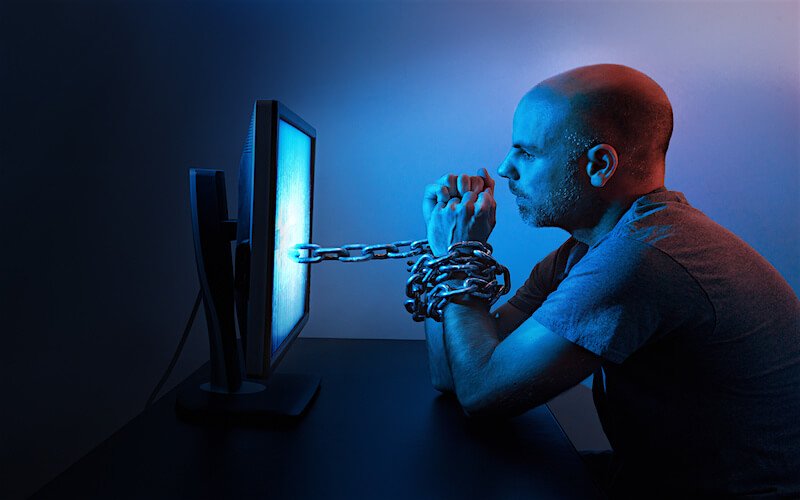 After the death of my older brother who died from overdose to guaifenesin, also known as Mucinex, I was shocked and appalled to see how many people were uneducated as to what an addiction is, including the authorities and medical professionals who dealt with his case.

“Nobody dies from Mucinex,” the leading detective says to my parents the morning my brother passed. “There’ll be something else on the autopsy that killed him. You’ll see.”

“Yes, I’m sure we will,” my mother replies, tears in her eyes. She knew all too well he was wrong. They hadn’t witnessed the struggle we lived with first-hand for almost four years. “I’m sure we will.”

With the opioid crisis looming in America, nearly everyone is attuned to the harrowing effects of heroin, oxycodone, fentanyl, and prescription pain relievers. According to the National Institute on Drug Abuse (NIDA), every day, more than 115 people in the United States die after overdosing on opioids.

However, the crisis in America isn’t just centered around opioids, though this is the current trend in news coverage. NIDA reports 1 in 10 Americans are addicted to an illicit drug. Illicit drug here is defined as those that are illegal to make, sell, or use. Though the definition depends on which state you live in and what policies regulate the use of marijuana, illicit drugs are split up into 4 major categories; stimulants (meth, cocaine), opioids (fentanyl, heroin), hallucinogens (LSD, mushrooms), and depressants or sedatives, which may be prescribed or stolen.

These drugs are known by the general public to be addictive. Marijuana or cannabinoids are under speculation as whether their classification as an ‘illicit drug’ is appropriate, leading to many states in the U.S. to deem them legal for medical and sometimes recreational use. California has even identified cases charged with possession to be expunged, or their records cleared (Vox).

However, the reason I sit down to write this is because there are other addictions we might not be as ready to admit we all suffer from because they’re more acceptable to the general public. My point being, an addiction is an addiction no matter how you cut it.

For example, coffee, everyone’s favorite morning drink, contains caffeine, a stimulant. Time Magazine reports that 64% of Americans drink coffee daily. Meredith Abbott of The University of Arkansas found in her research on caffeine that caffeine is not truly addictive in the way that drugs and alcohol are, but confirms that “people certainly do develop tolerance and dependence and go through withdrawal when they stop using it.” WebMD states that coffee can be addictive, depending on what you definition of “addictive” is. “Caffeine is a stimulant to the central nervous system, and regular use of caffeine does cause mild physical dependence. But caffeine doesn’t threaten your physical, social, or economic health the way addictive drugs do.”

Diet soda is another ‘substance’ many will know well. My sixth-grade teacher would have a case of Diet Coke in her desk, locked with a key to prevent us from getting in. Every day, she reported that she drank around six of these sodas a day, a small amount when compared to the speculated ‘dozen’ Diet Cokes President Donald Trump drinks daily. The same 2009 study that showed a strong connection between diet soda and type 2 diabetes also found that those who regularly drank the beverages were 34% more likely to develop metabolic syndrome than those who abstained. Metabolic syndrome includes a number of symptoms—including high blood pressure, high blood sugar, high cholesterol and excess belly fat—that can raise your risk of type 2 diabetes, heart disease and stroke, according to the Mayo Clinic.

Diet soda isn’t alone – Fully sugared soda itself can be just as addictive and harmful on the body, the main culprit being caffeine. Healthambition.com reports “Over time, your brain attempts to compensate by growing more adenosine receptors and decreasing the number of receptors for norepinephrine, another stimulant like adrenaline.” This explains why caffeine addicts tend to need more and more of it over time and feel so bad when they don’t get it. Withdrawal symptoms from caffeine are commonly reported as headaches, fatigue, anxiety, difficulty concentrating, depressed mood, irritability, tremors, and low energy.

Tobacco, while not considered illicit, is also just as dangerous. The primary agent is nicotine, and, according to PAMF, stimulates the same areas of the brain as cocaine and amphetamines. While millenials have been behind a social change that scolds the use of tobacco, especially scorning the use of vaping, chewing, and dipping, new trends such as Juuling have become more popular, predominantly affecting high-schoolers according to Time Magazine. Gallup also reports a sharp decline in smoking tobacco within millennials. Smokers aged 18-29 in 2011-2015 made up 22% of the age group, a 12% drop from the last decade where young adults in 2001-2005 reported a staggering 34%.

Alcohol is also a main culprit for dependencies and addictions. Talbott Campus reported that more than 15 million people struggle with an alcohol use disorder in the United States, but less than eight percent of those receive treatment. Consumption of alcohol affects all areas of the body, most notably the liver (liver failure, fatty liver), the brain (severs brain’s communication pathways), and the heart (stroke, high blood pressure, and irregular heartbeat). The National Institute of Alcohol Abuse and Alcoholism (NIAAA) also states that “Based on extensive reviews of research studies, there is a strong scientific consensus of an association between alcohol drinking and several types of cancer.” Some of those reported are liver cancer, head and neck cancers, and colorectal cancer.

And food, vital and as staple as it is, can be addictive too – particularly processed foods. According to ScienceDirect, “Processed junk foods have a powerful effect on the “reward” centers in the brain, involving brain neurotransmitters like dopamine.” It’s important to note that food addiction isn’t about a lack of willpower, just like other addictions, it is caused by an intense dopamine signal “hijacking” the biochemistry of the brain. A previous addict to alcohol, illicit drugs, and tobacco as reported that being addicted to food is exactly the same as a drug addiction, both in symptoms, thought processes, without the same social consequences.

There are a lot of factors that go into addiction, and some that are more acceptable than others in our current culture. When haven’t you heard someone say, “I’ve got to have at least one cup of coffee in the morning, otherwise I can’t function”? Now, replace ‘one cup of coffee’ with ‘one cigarette’, ‘a joint’, or ‘two oxycodone.’ Different materials spark different emotions – in Millennials ‘cigarette’ being disgust but ‘a joint’ being mild approval.

One cup of coffee won’t kill you, as it actually benefits your health, with Healthline reporting lowered risk of type 2 diabetes, alzheimer’s, Parkinson’s and dementia. They also report that a large sample drank four cups or more per day and reduced risk of suicide by 53%.

We need greater awareness for what is considered an addiction and what substances can be addictive. If some harmful, life-threatening addictions were given more urgency, perhaps many addicts would still be alive today.

Think about your own habits – would you label your behaviors as ‘addictive’?