The Psychology of Addiction 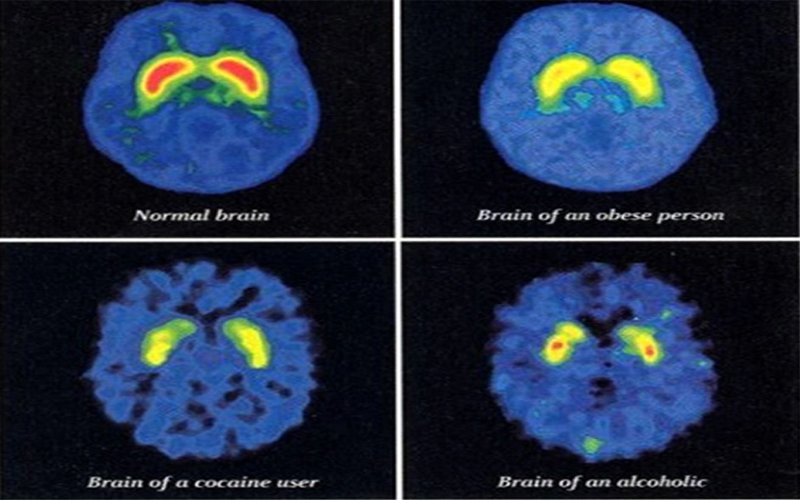 Addiction is described as a condition in which a person engages in the use of a substance or in a behavior for which the rewarding effects provide a compelling incentive to repeatedly pursue the behavior despite detrimental consequences. An addiction can involve the use of substances or it could be a behavior.

The most common drug addictions are addictions to nicotine, THC or marijuana, opioids, pain relievers, and cocaine. It’s reported that a nicotine addiction is one of the hardest addictions to break. According to the AddictionCenter, approximately 50 million people in America are addicted to some type of tobacco product. Beside drug addictions, Addiction.com has found that other common addictions include: coffee or caffeine, gambling, anger when it’s used as a coping strategy, food, technology, sex, and work. It’s important to note that the American Psychiatric Association does NOT recognize technology, sex, or work as actual addictions in their Diagnostic and Statistical Manual of Mental Disorders (DSM). Often, an addicted person will react negatively when they don’t receive their “reward.” In this article, we will discuss what makes a person addicted, how an addicted brain looks, and both the physical and mental effects that can take place due to an addiction.

What makes a person addicted?

When an addiction occurs, it gives the person a pleasurable “high” that can be both physical and psychological. What tends to happen is that an individual will engage in behaviors or use certain substances to achieve the same high that they once received from their initial addiction. However, when this occurs, they want to gain the same high but for longer periods of times. Addiction is considered a biopsychosocial disorder. A biopsychosocial approach is an approach that considers an individual’s biological, psychological, and social factors as a contribution to why and how they experience their health or illness.

How addiction looks in the brain

An fMRI that shows the reward center in 4 different brains [Picture Credit: http://betaweb.thinwomanbrain.com]

When it comes to an addiction, we often forget about how the brain changes and simply focus on how it physically effects the body. However, an addiction can completely hijack the brain. Our brains have a reward system. It’s activated when our basic needs are filled. When we’re fed, when we have sex, when we drink water. Once this becomes activated, there’s a surge in our release of dopamine. However, once drugs are added into the situation, our dopamine release can be hijacked. It’s been determined that an addiction to drugs can affect six of our main brain networks. The six brain networks it affects are the reward, habit, salience, executive, memory, and self-directed networks.

In 2016, the National Survey on Drug Use and Health conducted their annual survey on drug use and drug addiction. What they found is that no matter what the substance is they all have a similar effect on an addicted brain. However, many of the studies done on addicted brains solely deal with how a drug addicted brain looks. It’s important to remember that an addiction can be and look different to everyone.

Depending on the person and what they’re addicted to, addiction can physically look different for everyone. We’re going to discuss how different drugs and habits can physically affected a person.

• Hallucinogens – Hallucinogens are drugs that can cause hallucinations. This includes drugs like LSD, acid, and tabs, to name a few.

Some short-term physical effects of hallucinogens are:

Some long-term effects of hallucinogen abuse include:

• Marijuana – Marijuana typically refers to the dried leaves, flowers, stems, and seeds from the cannabis sativa or cannabis indica plant. Marijuana contains the mind-altering chemical THC. Marijuana is currently the most commonly used illicit drug in the United States. It is commonly misbelieved that marijuana isn’t addictive. However, marijuana use disorder can take form in severe cases of addiction.

Some long-term effects of marijuana are:

Opiates – Opiate addiction is a common addiction and opiates are very commonly abused. Opiates are narcotics that can dramatically affect the function of someone’s brain and body. Some opiates are heroin, codeine, and morphine to name a few.

Some short-term effects of opiates are:

Some long-term effects of opiate abuse are:

Gambling – Gambling is not only harmful to someone’s psychological health but it can also affect someone’s physical health. Gambling can lead to feelings of helplessness. Gambling addiction has risen globally over the last few years. In the United States, alone, in 2012 around 5.77 million people had a gambling addiction.

A gambling addiction can cause the following:

Some long-term effects of gambling are:

• Caffeine – Caffeine is a stimulant that effects the central nervous system. Regular use of caffeine can cause a mild physical dependency. Unlike some other addictions, a caffeine addiction doesn’t threaten someone’s physical, social, or economic health.

If someone were to stop using caffeine abruptly, they might experience:

If a large amount of caffeine is consumed, it could lead to an overdose. Caffeine poising can happen in small children.

Some effects of a caffeine overdose are:

Food addiction – Foods that are full of fat and sugar can supercharge the reward system in the brain in a similar way that drugs do. This can to lead to an addiction that will override the brain’s normal ability that tells an individual to stop eating. It can also cause an individual to crave the same types of fatty, sugary foods. A food addiction isn’t yet considered an eating disorder.

Some short-term effects of a food addiction are:

Some long-term effects of food addiction are:

Both short-term and long-term usage of drugs or having addictive behaviors can cause a change in the brain. These changes can lead to mental health problems such as paranoia, depression, anxiety, aggression, and hallucinations, to list a few. Many people who are addicted to drugs are also diagnosed with a mental disorder.

A person who is addicted to drugs is roughly twice as likely to suffer from mood and anxiety disorders. In 2015, there was an estimated 43.4 million (around 17.9%) adults ages 18 and older who experience some form of mental illness. In that group, around 8.1 million had both a mental illness and substance abuse disorder.