My Friend Is Suicidal, Now What? 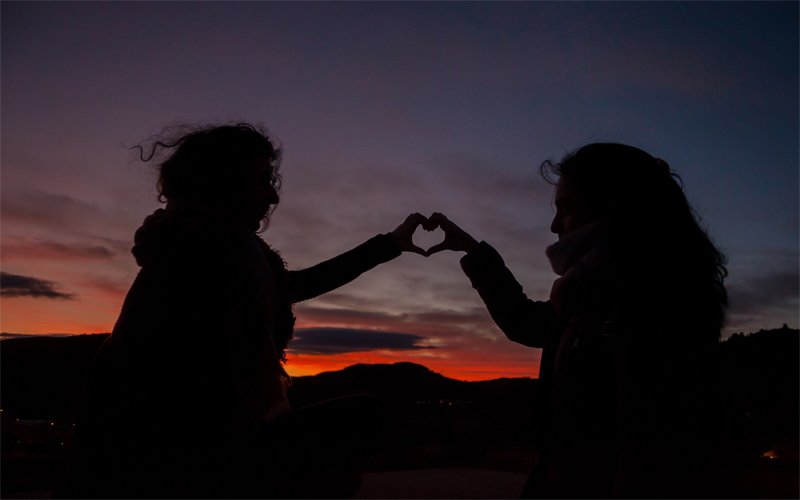 I am not a doctor, nor a therapist or counselor. I volunteer with Breaking Taboo for suicide prevention and mental health awareness. This is just what I’ve learned from my own personal experience in the trenches, doing twenty years of group self-help.

There are three things to remember:

I was living in a small desert town near the Naval base where my husband was stationed. It was beautiful country, but it was isolated. I was dealing with some health issues at the time, so I knew myself that any sort of specialist was at least 50 miles away. Sure, we had a small local hospital, but it wasn’t even large enough to rate regular doctors. Most ER doctors came in from larger cities like Lancaster or Bakersfield, several hours away. I don’t think there was even a trauma center. There certainly weren’t any on-call psychological services. So when my friend called frantic about his fiancée, in a panic after she wouldn’t open the door for him and he could hear her crying, I already knew we were dealing with limited resources.

My friend had just finished her hesitation marks on her wrists when I arrived on the scene. While I was talking to her through the door, I had her
fiancée call her best friend and get her over too (not only as backup for me but for him as well… anything to separate out and deal with one issue at a time, one person at a time…). It was the right call on my part- even if it was just on the basis that you never want to be flying solo when the stakes are this high. We reminded her we loved her and whatever it was that was troubling her we could figure out together.

It was 2am in a small desert town, so unfortunately there was not much we could put into action. However, we tried our best to come up with a plan. We could break it down and make it manageable. “It’s going to be okay”, “we are here for you”, we told her. We got her to open the door and relinquish the knife. ** It is important to note that the wounds were not deep, they were no more than a bad cat scratch and would not need stitches. [*Please note that if it is a deep wound, or if you can not get the bleeding to stop, call the paramedics and go to the hospital right away. No ifs, ands, or buts. It’s always okay to bring in the professionals to save a life (or a hand).]

We bandaged up her wounds after disinfecting and applying healing ointment. We stroked and pat her back as she sobbed. The ER was our only option, but they weren’t equipped with a psychology ward, so we passed on that. We did, however, make her promise she would seek out processional services as soon as the offices opened the next day.

Now to get her out of the house and moving (“Stanford researchers find mental health prescription: Nature” Study finds that walking in nature yields measurable mental benefits and may reduce risk of depression. Published June 30, 2013, Retrieved Mar 12, 2019) In the car and out to get food, I took us through the drive-through so I could keep the car going while they ate and talked.

There’s something incredibly soothing about motion. A peaceful drive can be incredibly healing. If the person you’re helping can’t get out of the house, a beautifully scenic, peaceful video game can have the same effect. Directing a character to run through say, the sunny parts of Skyrim can create the same effect (in my experience, your mileage may vary, research here: “Video games as a complementary therapy tool in mental disorders” Published online 2012 May 1, Accessed 2019 Mar 7). Walking, if possible, is the best (“Walking for depression or depressive symptoms” Published online 2012, Accessed 2019, Mar 7). But it was 2am so… a leisurely car ride and drive-through for us.

Food is a tricky one, but in an emergency situation like this, my philosophy is, don’t worry about any eating disorder issues when life and death are on the line: eating disorders can be handled by a survivor. In a crisis moment, food will change your body’s internal behavior and get it focused on digestion, rather than whatever process is generating the crisis. It changes how we breathe and gets us into a familiar memory of taking sustenance. That’s what counts in a pinch:

“Emotional eating is a coping mechanism to deal with intense feelings, stress, or depressed moods increasing one’s chance of obesity,” says Treena Wynes, awellness consultant in Saskatoon, Canada.”Our urge to eat is strongly driven by our moods and emotions.” “Fatty-acids provide the positive benefits for enhancing moods and brain function which improve our thinking, feelings, and behavior [and] are becoming recognized for their mood-stabilizing and antidepressant effects as well as satiety,” she says. (“Why Comfort Foods Are So Comforting” Published July 25, 2011, Accessed Mar 7, 2019)

And we could see it happen before our eyes. The first bite was shaky, but by the end of the burger, she was relaxed. Her shoulders weren’t balled up into her ears, she wasn’t hugging herself any longer, the tears stopped… and when she finally was able to laugh, I knew we were beyond the immediate crisis. Now we could start digging into the cause.

We were able to discover it was feelings of low self-worth and self-doubt. We were able to put together a plan to see a professional and what would help her in the meantime until she was able to get in. We discussed triggering events and how she would want to be reassured, sprinkled in with a few funny stories that were appropriate.

Laughter is incredibly healing: Depression is a disease, where neurotransmitters in the brain, such as norepinephrine, dopamine, and serotonin, are reduced, and there is something wrong in the mood control circuit of the brain. Laughter can alter dopamine and serotonin activity. Furthermore, endorphins secreted by laughter can help when people are uncomfortable or in a depressed mood. Laughter therapy is a noninvasive and non-pharmacological alternative treatment for stress and depression, representative cases that have a negative influence on mental health. In conclusion, laughter therapy is effective and scientifically supported as a single or adjuvant therapy. (“Therapeutic Benefits of Laughter in Mental Health” Published July 2016, Accessed Mar 7, 2019)

We were ultimately able to include her fiancé in this care (she didn’t feel worthy of him) and they decided on couples counseling as well. Over the next few days we made sure she got out of the house every day, even if just for a walk around the block of some pretty area. At first she needed our company, but as she got used to the new routine, she started walking on her own. We found support groups and attended them with her if she felt like she needed it. The communication and encouragement at home improved. Over time, she was able to piece herself back again.

She and her fiancé went on to get married and have 8 kids together. She still bears the scars on her arms of that night, but through much continued work, she was able to heal the wounds in her heart.

[Endnote: Do not think you have to do this on your own. We were in an isolated situation with limited care available. It is always a good idea to call in the professionals at any point, especially if anyone feels overwhelmed.]