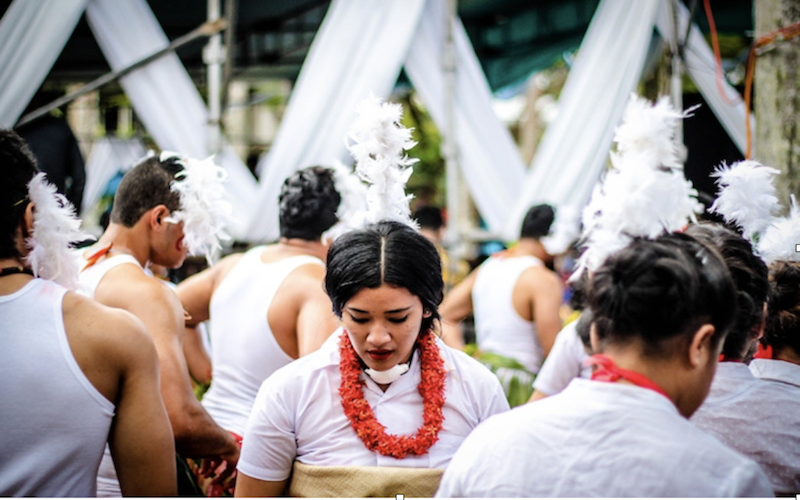 Some important terms and definitions to keep in mind:

Starting off within the Western or American culture there is often a distinction made between mind and body [2]. In today’s day and era there is the beginnings to an effort being made to acknowledge the importance of mental health awareness. From the Surgeon General addressing the issue to it being implemented in workplaces. The cultural taboo is being fought back.

Source A, an administrator coordinator, who associates herself with American culture, does not believe mental health is a taboo in her culture anymore. “We are able to talk to people about our issues and use various means to alleviate mental health issues,” stated Source A. (Source A asked not to be listed by name due to it being taboo at her workplace to publish their personal opinions in public spaces since they represent the workplace.) Source A also shared that her “family believes in utilizing medication to alleviate mental health issues while she focused on dietary habits and exercise as well as therapy to help solve her mental health issues.” She finds it to be the most effective. While this particular viewpoint shows a positive advancement in how mental health is viewed in American culture, it is unfortunately not indicative of how everyone in America currently views mental health. There is still a long way to go in breaking the taboo.

In certain Asian cultures mental illness is highly stigmatized. Having a mental illness is related with having a poor family background and influences the potential of marriage into a certain family. Literature shows that Chinese Americans have more somatic complaints of depression than African American or white [3].

Rahul Bains, an IT Manager with an East Indian background, also shared his viewpoint from his culture. He agrees mental health is a taboo in Eastern India and feels people do not take mental health illness as a serious health issue that can be cured. “In our families, mental health issues are often associated with other issues and the families try to resolve other issues first and consider the mental issues will be taken care of as well. In so many cases, they relate mental health issues as a result of bad deeds “karma”, religion or something supernatural. This leads to religious “treatments” and if it is not treatable then they say it’s God’s wish,” explained Rahul.

Coming from an East Asian background myself I have seen the social stigma that is attached to mental illness. From my experience, people are not educated about mental illness and the various forms of it which leads to the social stigma. Because of the lack of mental health education, they have a lack of vocabulary to describe their emotions. I have seen my grandma go through a difficult time and her stating she is upset, and her mood is not right but that is the extent of emotions she has described to me. I have seen other family members need mental health counseling, but they have waved it off because of what will people think and not wanting to share secrets.

Nancy Tang, a Clinical Nurse Specialist, is a first generation Chinese American shared her experience with me. She shared about mental health definitely being taboo in the Chinese culture. “People don’t like to talk about it at all even though they know it is a concern,” stated Nancy. She related back to her family and shared that they are “not open to seeking psych evaluations or treatments. Even though it was clear that I had family members that needed it or could benefit from it.” Nancy also shared that mental health is regressing in her culture due to the glamourized stereotype of how people should be living.

The Hispanic culture has a lot of culture-bound syndromes which are important to identify before and while treating and diagnosing mental illnesses. For example, they believe in the mal de ojo (evil eye) and susto (fright) [4]. The value in understanding these culture- bound syndromes helps with better understanding the need for mental health education/ prevention/ treatment.

Common mental health disorders among Latinos are generalized anxiety disorder, major depression, posttraumatic stress disorder (PTSD) and alcoholism [9]. The most common diagnosis I have heard from the Latino population is them describing symptoms of depression as “nervios” (nervousness) [9]. Despite these issues, the Latino community does not talk about mental health issues for fear of being labeled as “locos” (crazy) [9]. Other factors that contribute to the associate are privacy concerns, language barriers, lack of health insurance, misdiagnosis and even legal status.

As of 2017, there are currently 567 federally- recognized American Indian and Alaskan Native tribes; they are culturally diverse and speak more than 200 languages [5]. In the American Indian culture, there is a lack of vocabulary to describe such words as “depressed” and “anxious.” Not only is there a language barrier but also a cultural difference of how to express distress and unhappiness. Although the Census shows a significant increase and those identifying themselves as American Indian there is a lack of studies that have been conducted [7]. Adults are not the only ones being affected, American Indian and Alaskan Native children and adolescents have the highest rates of lifetime major depressive episodes and highest self-reported depression rates than any other ethnic/racial group [5].

As previously mentioned, there have not been many studies about Native American attitudes regarding mental health and mental illness. In the Native American culture, there is a worldview that surrounds the notions of connectedness, reciprocity, balance and completeness that creates structure for their views of health and well-being [8]. Studying this experience may help lead to finding the fundamental aspects of psychological and social well-being and the mechanisms for their maintenance [8].

Currently the stigma and taboo are there in every culture, in one form or another. The question is what is the best way to address the issue? Education or preventative measures? What is the culture in question open to? Can we cross that language barrier to help create the needed vocabulary?