The Time for Mental Health Education in Schools is Now 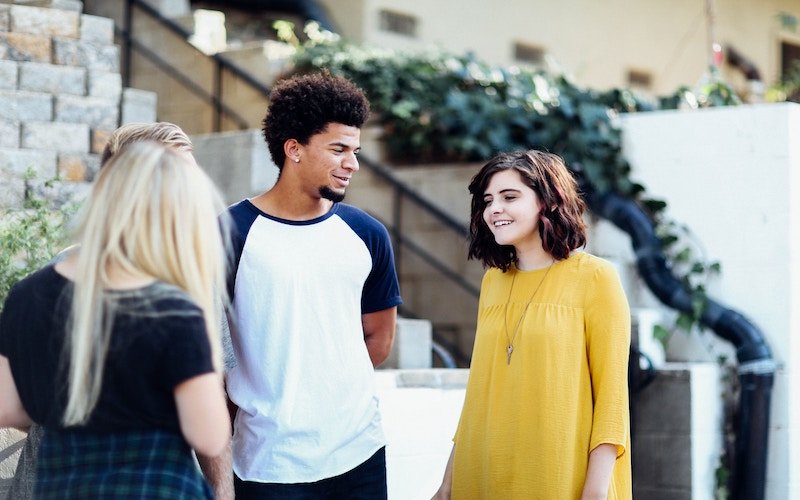 Mental health. What does it mean to a twelve-year-old? It may very well mean nothing if he or she has never even heard of the topic. I know I hadn’t when I was that age. In fact, I wasn’t even aware mental illness truly existed, that there were diseases completely separate from physical illnesses like cancer, but equally as important to be aware of and as equally cruel and unforgiving to its host. To my twelve-year-old self, psychiatric hospitals were red brick institutions where they locked up the “crazy” people wrapped up in straight jackets.

That mindset of mine ruled the 90’s. The 90’s. And all the while, with years passing, more and more people are getting diagnosed with some form of mental disorder, many refusing treatment. Suicide rates within the last 19 years have only been rising. In 2017, within the U.S. alone, there were 1.4 million suicide attempts. Adolescents and young adults between the ages of 15 and 24 make up nearly 15% of suicide deaths in the nation with suicide being the second leading cause of death for people between ages 10 and 34. Overall, it is the 10th leading cause of death in the United States. In 2016, we saw “an estimated 3.1. million adolescents aged 12 to 17 [have] at least one major depressive episode,” and within the last several years, it has been suggested that children even as young as age three can suffer from depression.

The evidence is there. But most of the U.S. population has no knowledge of it. How can this be? The media won’t mention it. The only time mental health is even acknowledged is in commercial ads backed by pharmaceutical companies or in the wake of a mass shooting. It takes a crisis such as school shootings or the suicide of a mega-celebrity to shake things up, but when those events disappear from the headlines, the reality of the huge dilemma this nation faces is forgotten, and people continue to struggle in silence.

So why does mental health remain an untouched topic in so many classrooms across the U.S.? Why haven’t we pushed to bring it to center stage at a point in a child’s life when it is most critical?

It has gotten to the point that “not knowing” is no longer a good enough excuse. Learning statistics shouldn’t be a reactive practice days after news spreads about a young person ending their own life. Enough incidents have happened in the last two years alone that should compel people to demand answers. To probe for data. To rally for solutions.

The question must be asked. If those individuals who have committed suicide had access to the right resources and received support that is crucial for any person with a mental disorder’s survival, if the shame from stigma did not weigh them down and they were allowed to speak freely of their pain without fear of being judged or rejected, would these people be alive today?

The reality is that if our youth learn about depression, anxiety, and the vast array of mental disorders that exist and have existed for centuries, they will be better equipped to recognize signs and symptoms in themselves or in others. Without solid knowledge, a lack of empathy is inevitable. Because we can’t empathize with that which we cannot comprehend. And with “44,000 Americans dying by suicide every year” and “60 percent of children and adolescents with depression not getting treatment,” people living with anxiety, depression, or some form of mental disorder are in dire need of empathy, now more than ever. Mental Health Education will give every young person the tools they need to break through the stigma surrounding mental health—a stigma that puts a wall between the pain one feels and their seeking of help.

With adolescence, comes a great deal of pressure. Pressure from parents to do well in school, from your peers to fit in, be “cool”, advertise your life on social media. Cyber bullying is now more real and prevalent than ever. “After a series of high-profile suicides of teenagers who were reportedly bullied on various social networks.” In addition, “victimization of young people online has received an increasing level of scrutiny.” “Bullying can result in physical injury, social and emotional distress, self-harm, and even death. It also increases the risk for depression, anxiety, sleep difficulties, lower academic achievement, and dropping out of school,” states the Center for Disease Control.

It doesn’t help that a young person’s hormones are running rampant and often times, he or she isn’t in tune with his or her own body, or even his or her own thoughts. Our youth need to be able to protect themselves, so a misunderstanding or harsh comment doesn’t bring them to the edge of their sanity. “Half of all mental health conditions start by 14 years of age but more cases are undetected and untreated,” states WHO. A dialogue needs to open up where people, both young and old, aren’t afraid to talk about their problems. Shared experiences could de-escalate intense thoughts and emotions. Simply knowing you are not alone in your pain can talk someone off the ledge. Being aware that people with a mental illness like you are leading happy and successful lives can offer the hope and encouragement a young person may need to push through a life that is at times both harsh and cruel.

At a time when social and traditional media expose youth to far more crises than they can handle or even comprehend, at a time when having depression makes you “weird”, “weak”, or unfit to handle life, when words like “bipolar” or “crazy” get thrown around like dodgeballs on a playground, it is no wonder the youth of today feel the tension no one seems to want to talk about.

So let’s change the dialogue. Let’s stir up some chatter. Even if schools taught mental health one week out of an entire semester. That would be a start.

Mental health matters because the lives of people with mental illness matter. We need to teach students that it is OK to have a mental disorder. There is no shame in having one or being a friend to someone who has one. There is no guilt a human being should harbor. A mental disorder is an ailment beyond our control. And yet, it can be treated, and life can still be remarkable. The sooner we as a nation can get on track to tackling the problem of mental disorders and the suicide epidemic, the sooner our youth can start leading healthier lives, both physically and mentally.

Crystal is an ambassador for Breaking Taboo and a public speaker for NAMI. She is also a writer and advocates awareness for mental illness through education, and to bring hope, inspiration, and empowerment to people of all ages living with debilitating mental disorders. She aims to show others that no matter how dark or painful the journey, a better life is always ahead.