Racism is a Psychological Bias 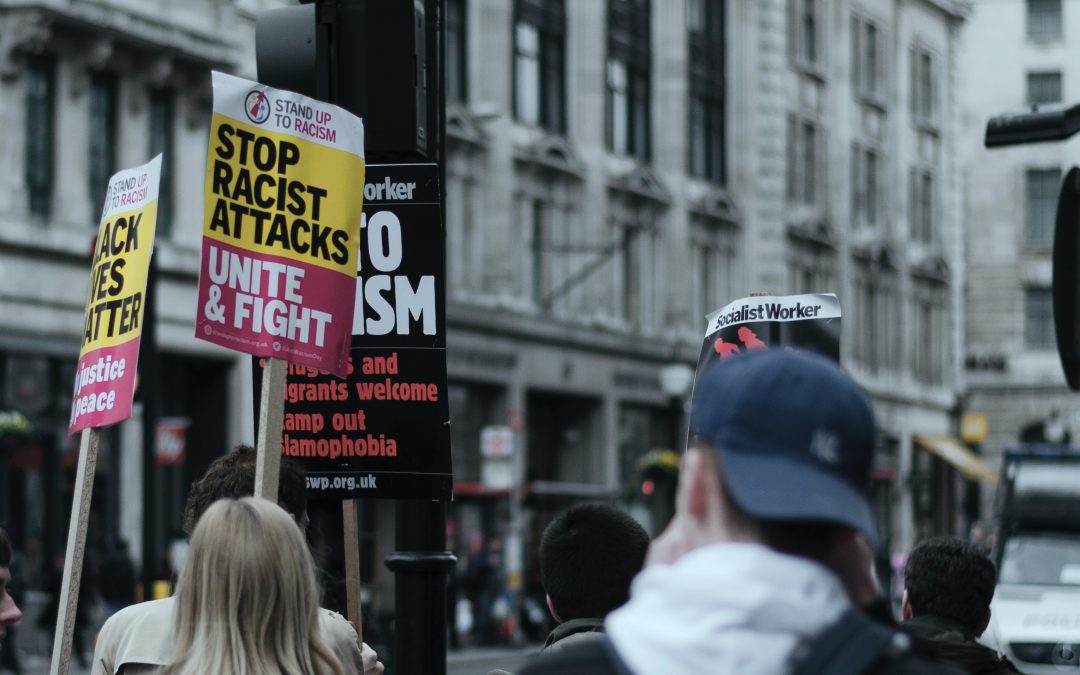 As an organization that is actively Breaking Taboo around psychological health, we found it difficult to ignore the issue of racism, as racism itself is a psychological bias. In light of the recent racist attacks that have been occurring due to the COVID-19 epidemic, we have a social and moral obligation to shed some light onto the psychology of xenophobia.

First of all, what is “xenophobia” and “racism”? 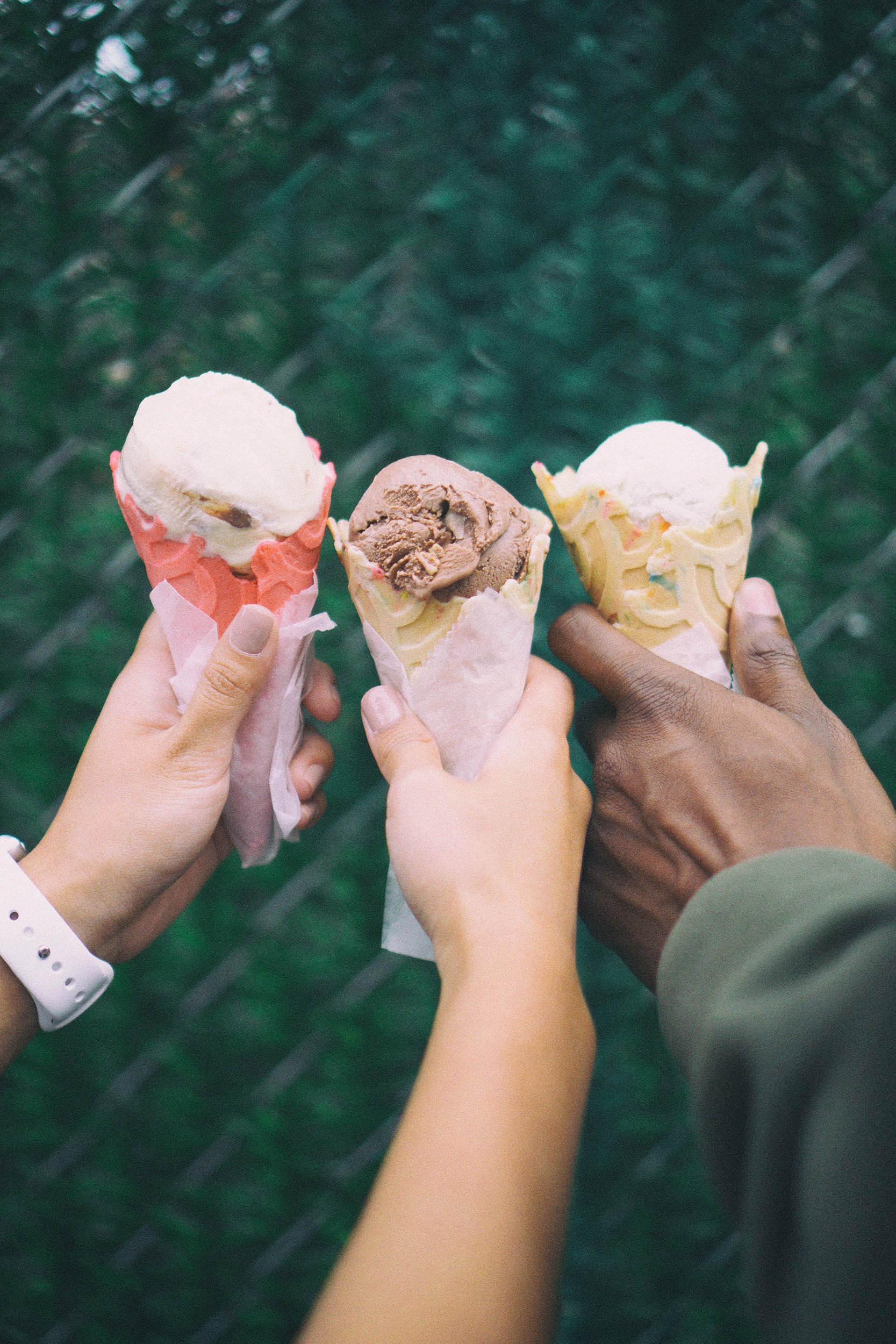 Merriam Webster defines xenophobia as: “dislike of or prejudice against people from other countries.”

Racism is: “A belief that race is the primary determinant of human traits and capacities and that racial differences produce an inherent superiority of a particular race.”

Where does racism stem from?

Racism stems from cognitive biases that are often based on stereotypes towards certain groups of people [1]. Stereotypes are largely based on assumptions and these assumptions are then assigned to all members of the group, without regard to the individualities and variations of the members. Although stereotypes can be positive or negative, they all can have a negative effect. These biases can be helpful and create mental shortcuts for us, but it can also have an adverse effect as it can result in prejudgements [1]. Jumping to conclusions is extremely easy to do, especially when we are judging people who seem different from ourselves.

This is because of something psychologists call the “Ingroup Outgroup Bias,” also known as “Ingroup Favoritism”, “Intergroup Bias,” and “Ingroup Preference.”

As social creatures, we categorize and distinguish ourselves between “us” and “them”. We have a natural inclination to prefer those who are like us, the ingroup, over those who are different from us, the outgroups [2]. This can cause ingroup favoritism, which is defined as “the tendency to respond more positively to people in our ingroups than we do to people from outgroups” [2]. This can lead to the unfair treatment of members in the outgroups. Furthermore, when we view individuals in our ingroups, we see these members as individual entities with unique personalities and traits [3]. However, outgroup members are generalized to have the same characteristics, so it’s easy to label them into one large homogenous group. This is called the outgroup homogeneity effect [3].

This type of bias extends beyond the scope of race and can be fostered and amplified by social perceptions such as competition. 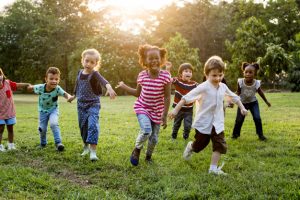 In the Muzafer Sherif’s Robbers Cave Experiment, eleven-year-old boys with similar backgrounds were studied in a mock summer camp situation, in which the boys were divided into two equal groups and encouraged to bond, with the aim of fostering an in-group mentality. Researchers then introduced a series of competitive activities which pitted groups against each other for a valuable prize. Hostility and out-group negativity ensued.

Lastly, researchers attempted to reverse the hostility by engaging the boys in situations of mutual interdependence, an effort which eventually resulted in relative harmony between the two groups.

Sherif concluded from this experiment that negative attitudes toward out-groups arise when groups compete for limited resources. However, he also theorized that inter-group frictions could be reduced and positive relations created, but only in the presence of an overarching goal, which could only be achieved with the two groups’ cooperation. [4][5]

When we see people that are different from us, especially when we don’t know much about them, it’s easy for us to categorize them into broad groups like race, gender, etc. When we build up these stereotypes in our minds, consciously or unconsciously, it can lead to changes in how we perceive and treat others.

There is debate on whether or not these biases are intrinsic in nature; and if so, just how much of it is intrinsic versus triggered by social propaganda or even internal self esteem.

In a popular Yale research led by psychologist Laurie Santos, researchers found that monkeys stared longer at pictures of other monkeys who were outside their group, suggesting that monkeys spontaneously detect who is a stranger and who is a group member, and suggesting that human intergroup conflict may be an evolutionary construct. However, it is important to note that the same research also found that although monkeys divide the world into ‘us’ versus ‘them,’ they do so in a way that is flexible and is updated in real time. [6]

According to Santos, “Pretty much every conflict in human history has involved people making distinctions on the basis of who is a member of their own race, religion, social class, and so on.” [6]

The subject of racism has also long been linked to having high or low self esteem.

Dr. Steve Taylor, a senior lecturer in psychology at Leeds Beckett University, UK, concludes that racism is a symptom of psychological ill-health. It is a sign of a lack of psychological integration, a lack of self-esteem and inner security. Psychologically healthy people with a stable sense of self and strong inner security are not racist, because they have no need to strengthen their sense of self through group identity. They have no need to define themselves in distinction to — and in conflict with — others [7].

Racism is far from subsiding and we must be vigilant when we see it happening around us. 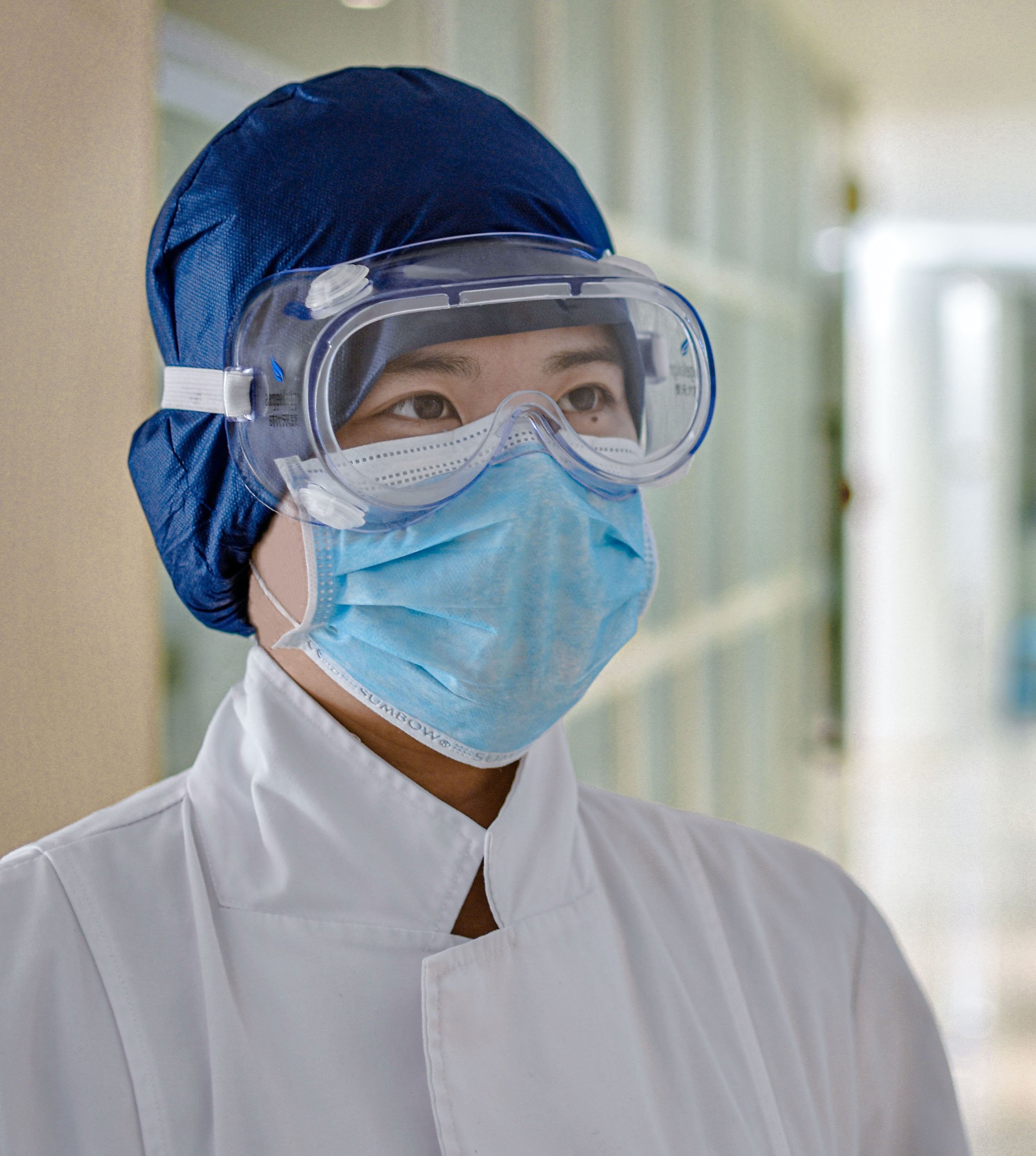 Because of COVID-19, there has been a significant increase in racism toward Asian populations. There are many different social influences that are involved in negatively shaping these perceptions. For example, calling COVID-19 the “China virus” insinuates that all those who have a Chinese, or even just an Asian background are carriers of the virus. There is a slew of evidence that invalidates these biases. Based on an analysis of COVID-19 deaths by race and ethnicity, it was found that Asians have a relatively equal or less percentage of deaths compared to Blacks, Latinxs, and Whites [8]. Xenophobia and racism are still happening, and not just towards Asians.

There have been various attacks towards all over the world because of racist motives. Examples of these attacks include: verbal abuse, harassment, physical assaults, and even murder. In Texas, two children were stabbed at a supermarket just because the perpetrator thought they were Chinese and had the coronavirus [9].

This, coupled with the recent scandal of Ahmaud Arbery, a Black American man who’s killing is currently being investigated as federal hate crime [10], and the most recent victim, George Floyd, who was videotaped being suffocated by the knee of a police officer named Derek Chauvin [11], shows that racism, prejudice, and hate crimes are still very prevalent in the world we live in today.

The protests and uproar sparked from the death of George Floyd raise much needed conversations about racism. There are too many people that have been desensitized to racism, choose to ignore it and let it continue, or even worse, take part in it. For example, there is a video posted of Amy Cooper, a white woman, who called the police and falsely accused “there’s an African-American man threatening my life.” simply because the man, Christian Cooper, asked her to leash her dog. 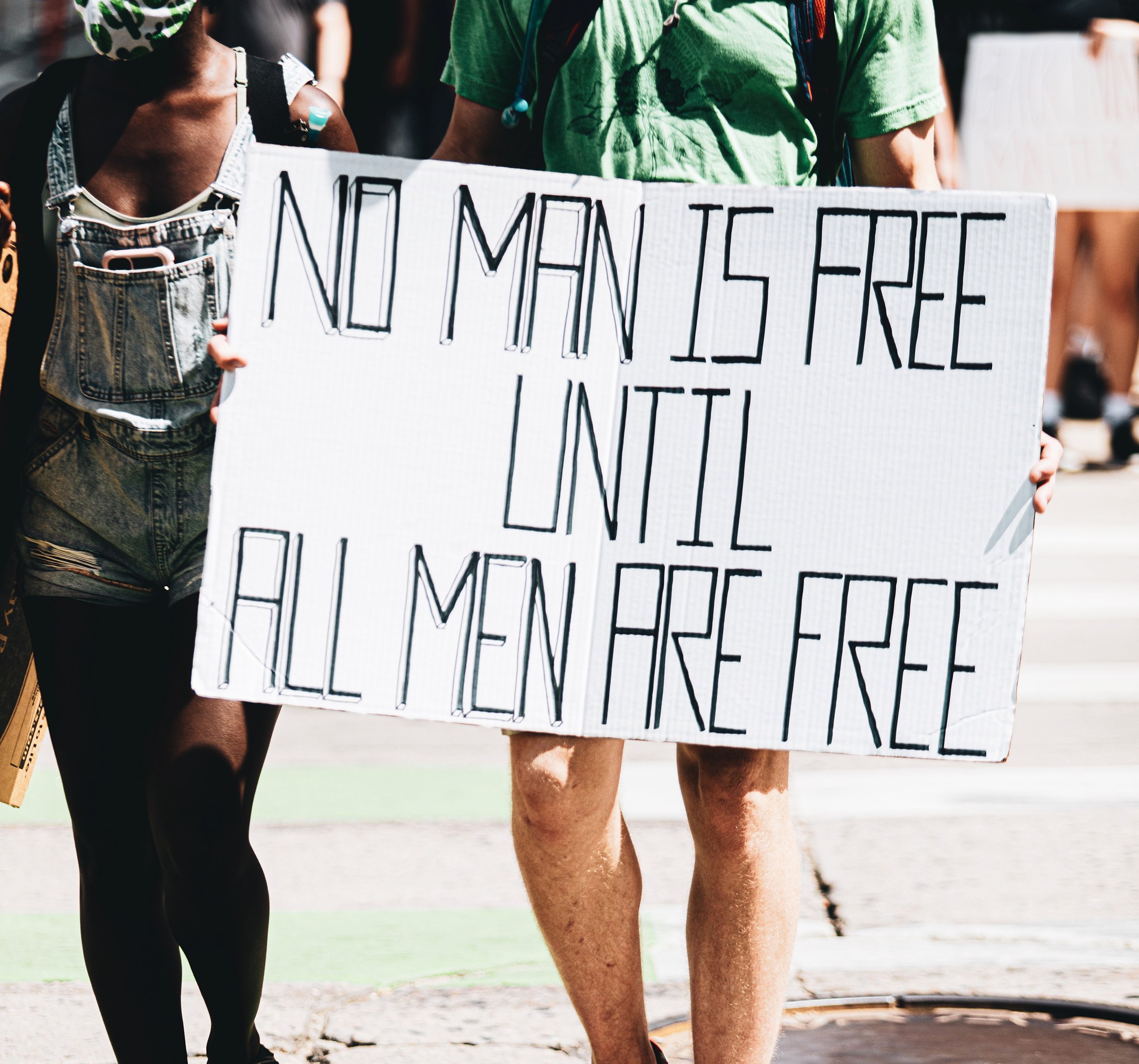 Too many of us have been complicit, and it needs to end now.

The surge of hate crimes can be attributed to many different factors like ignorance, how race is  presented in the media, etc. but racism is a phenomena that has been happening long before the coronavirus outbreak and continues to be a very real issue that needs addressing.

In 2011, the United Nations held a High-Level Meeting, where world leaders adopted by consensus a political declaration proclaiming their “strong determination to make the fight against racism, racial discrimination, xenophobia and related intolerance, and the protection of the victims thereof, a high priority for [their] countries” [12]. But that was a decade ago, and the fight continues.

We would like to leave you with a story published in Hayasaki’s article, referred to by Izzy Kalman.  This is a story about Angela King, a die-hard racist gang member who ended up in prison for robbery and assault at a Jewish-owned store.

One day, while smoking a cigarette with her back against a wall, King noticed a Jamaican woman eyeing her. King thought she was going to start a fight with her. Instead, the woman asked, “Do you know how to play cribbage?” The woman sat down next to King and taught her how to play the card game. King became friends with her, as well as her black friends. They questioned King about her beliefs while simultaneously showing her compassion and love.

“They were treating me like a human being,” King said. “It blew me away, because I didn’t feel like I deserved it, and I wasn’t expecting it. To receive that, it’s not something that you can ask for or would even know to ask for. It’s a gift like forgiveness, that when you get it, it changes everything.” [13]

It is common knowledge that problems do not disappear by ignoring them, and while there have been many efforts to counteract racism, the work is far from over. Only through continued education, turning ignorance into knowledge, taking a stand against injustice, activism, speaking out, and giving a voice to those whose voices have been suppressed – can we all do our part to turn over new leaves and break the taboo against racism. 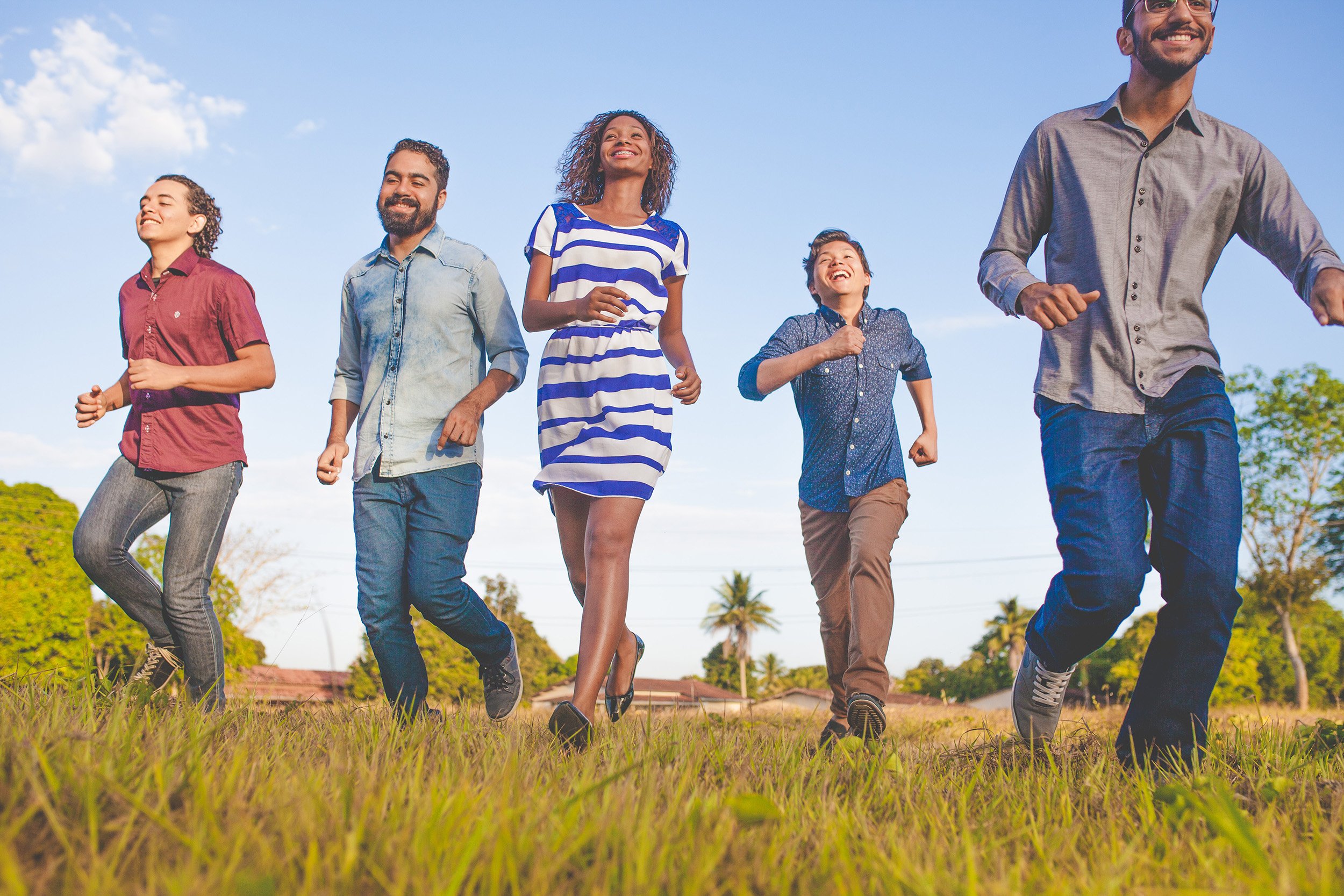