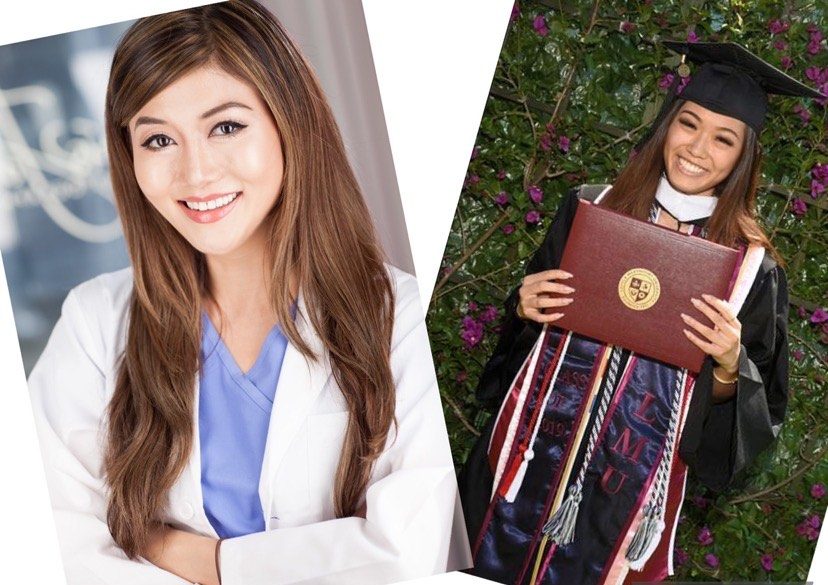 You may or may not have heard of the term, “Model Minority.” I myself remember first learning about this term in college, in my journalism class, about the way Asians were represented (or rather, severely under-represented) in the media, and then later learning about it again in one of my psychology courses on discrimination and bias. I cannot speak for others, but as an Asian American, I had been previously ignorant to this term, though by no means had I been ignorant to its effects and impact. Interestingly enough, when I first heard this label, I remember thinking “If I must be labeled with a stereotype then at least it’s a “model” stereotype, one that other minority groups look up to.” I still felt saddened, however; it felt like taking the best piece of leftover scraps labeled “Stereotypes”.

Turns out, being a “model” anything has plenty of cons anyway, as it can be detrimental to try to live up to, to be categorized, and is even used as a way to further oppress and separate. Not to mention, there are a host of problems in regards to stereotyping. The unique set of rules that fall under “Model Minorities” is something that I can relate to all too well, and is a box I have perhaps dedicated a good portion of my life to fighting.

What is “Model Minority”?

For those of you who may not know, the Model Minority is described as: “an ethnic minority demographic group whose members are perceived to achieve a higher degree of socioeconomic success than the population average. This success is typically measured by income, education, low criminality, and high family/marital stability” [1]. Asian Americans are commonly seen as the ‘model minority’.

This stems from stereotypes surrounding the Asian population and it perpetuates a narrative that Asian Americans are more likely to achieve the American dream and have “made it”. Examples of this stereotype include portrayals of Asians as individuals who excel in STEM, being exceptionally talented at music, mathematics, and more.

How did the term “Model Minority” start?

Between the late 1800s to the end of World War II, Asian Americans were persecuted and faced violence because of the Chinese Exclusion Act of 1882 [1]. The Chinese Exclusion Act was the first immigration law that restricted immigration to America and was passed to limit the loss of jobs to Asians during the gold rush [3]. The newspapers drove messages which slandered the Chinese community, denouncing the Chinese as being inferior and immoral. The white working class blamed the economic hardships on the Chinese population, and thus the narrative of Chinese Americans in the United States shifted from one of tolerance to one of hatred. Asian Americans faced tremendous hardships, including the Chinese Massacre of 1871, a race riot in Los Angeles, California in which a mob of around 500 White and Hispanic persons entered Chinatown and attacked, robbed, and murdered Chinese residents [4].

However, after World War II, for political purposes, the Magnuson Act was passed in 1943 to start granting Chinese immigrants permission to enter the United States [5]. Another narrative shift began to take place, one that recast Asian Americans as the ‘model minorities’. It portrayed Asian Americans as a group that could overcome hardships, like racism, and still successfully assimilate in the States because of their work ethic, values, and inherent nature [1]. Through all the discrimination they have faced, they still acheived the American Dream.

Basically the cultural expectation placed on Asian Americans as a group was that each individual will be:

Within the myth of the model minority, Tiger Moms force children to work harder and be better than everyone else, while nerdy, effeminate dads hold prestigious—but not leadership—positions in STEM industries like medicine and accounting.

This myth characterizes Asian Americans as a polite, law-abiding group who have achieved a higher level of success than the general population through some combination of innate talent and pull-yourselves-up-by-your-bootstraps immigrant striving. [10]

How can the term “Model Minority” be positive?

Being smart, talented, law abiding, hardworking, and docile are all traits typically viewed as positive. Certainly these are traits that any society and its governing forces would want for its country, perhaps even traits that any mother or father might instill upon their children. In a world of self fulfilling prophecies, these stereotypes may indeed in turn serve the Asian community in certain ways which are more positive than other types of stereotypes, further instilling these traits as simply what is natural and expected of their identities.

However, in doing so, the Asian culture is often invalidated in just how much work and sacrifice must be made to achieve such expected standards, and instead are often unaccredited to the justification that it’s simply what is expected, or that race alone is the reason for success. Moreover, stereotypes can cause Asians to be seen less as individuals and more as the sum of a group. Not all Asians fall under this category, and they are sometimes viewed as “not Asian enough” yet at the same time, are also “not American/English/Canadian/etc enough”. Regardless of how how much pressure Asians might feel to achieve an unnaturally high bar, and no matter how high of an achievement is made, Asians perpetually find themselves as outsiders; for the most part, invisible and unable to be fully accepted in the country that they have worked so hard to contribute to, never “enough”. Finally, stereotypes of any kind can pit racial groups against each other, sometimes causing jealousy, competition, and even more racism.

But it is true that Asian Americans tend to favor majors in math and science than their non-Asian peers. [5] Why is that?

Perhaps one explanation is that the pressure to fulfill the expectations of the Model Minority Stereotype is so compelling. Perhaps it is also due to family, counselors, professors, and high school teachers unknowingly guiding Asian Americans towards career paths that are expected of them, perhaps without considering the individual student’s interests and abilities. [9]

It’s not that stereotypes are always wrong; if that were the case, it wouldn’t be called a “stereotype.” Don’t get me wrong, even though I can’t do kung-fu I do think it’s pretty cool, and it’s something to be proud of in my culture. Growing up, I did know plenty of Asian American kids who excelled in mathematics and school in general. Later on, many of them went on to ivy league schools and became doctors and lawyers, all very typical and therefore falling into the stereotype. That’s great and all, if that is in fact what the individual wanted to do. However, what if that’s not what the child wants to do? Stereotypes may be hard to break, and it is certainly not always easy to forge a brand new path out of such strong cultural expectations from both within and outside of the culture. The difficulties in breaking stereotypes might add onto the reason why so many fall into it, and thus end up perpetuating that same stereotype, and cycling the “norm”.

How can the term “Model Minority” be harmful?

There is harm in every stereotype, whether seen as positive or negative. Stereotypes put people in easy to categorize boxes, rather than seeing them as individuals. Although the Model Minority stereotype are considered to be “positive stereotypes”, it’s effects can actually be harmful as it places unrealistic expectations on Asians, overlooks all the inequalities Asians have faced and continue to face, homogenizes the different ethnic groups, and pits different minority groups against each other [1/2].

It can also set unrealistic expectations of Asian Americans. If one is not able to meet those expectations, it can lead to feelings of inadequacy and self doubt. For example, asians are held to a higher standard in academia. Often, when one does not live up to those expectations, they are not offered extra help or support, by teachers and/or counselors, and are expected to be able to learn and figure it out themselves. This assumption puts an immense load of pressure on students and can cause mental health problems. However even when they have been negatively affected, Asian Americans are less likely to seek help. Asian American college students are 3x less likely to seek help for their mental health, but are 1.6x more likely to make a serious suicide attempt [6]. The unreasonable standards make it hard for one to feel like they can, or should, speak up for themselves when they are struggling.

Additionally, the Model Minority myth erases the fact that Asians have and still continue to face racism. After the Magnuson Act was passed, it erased all the abominable acts of oppression towards Asians before then. Because Asian Americans are perceived to have “made it”, their struggles are invalidated and excused. The story of the Asian Americans focuses solely on the successes, like how they made it in America.

Furthermore, the myth pits other minority groups against Asian Americans because Asian Americans have successfully made it in America and has become the “standard” for minorities. It sets a notion that if the other minority groups worked like Asian Americans, they too can succeed. The wedge between the groups fosters “racial resentment”. Racial resentment is defined as a “moral feeling that Blacks violate such traditional American values as individualism and self reliance” [8]. It serves to contrast the minority groups and focus on the failings of the non-Asian communities and moves the accountability from the oppressor to another group that is still oppressed.

The model minority myth is just one of a collection of stereotypes about Asian American people. Popular television and films exoticize Asian culture and peoples. If you’re a man, you’re a kung fu master. If you’re a woman, you’re a submissive sex object. If you’re gender non-binary or transgender, you don’t exist at all. Mickey Rooney’s racist portrayal in Breakfast at Tiffany’s lives in our collective imagination alongside every East or South Asian actor who has played a bit part as a humorless doctor or IT guy.

It’s a paradox familiar to every Asian American who regularly faces the question, “But where are you from, originally?” [10]

Although the model minority myth stems from positive stereotypes, the implications of these stereotypes can actually be detrimental to the Asian American population.

Then you may be experiencing the effects of the Model Minority Stereotype. [9]

The narrative of Asian Americans shifts to the story that is the most convenient. Persecuted when jobs were hard to come by and lifted up to assuage political tensions, Asian Americans are all uniquely different and have different experiences to share, and should not be lumped together as one minority group. Just because holding seemingly good stereotypes doesn’t seem as bad as holding obviously negative ones, it’s important to evaluate the stereotypes and prejudices we hold.

Personally, as someone who has fought against the effects of stereotypes my whole life, I would like to venture even further. Perhaps, regardless of the “minority” or “majority” groups which are relative to the location in which they are found in, many of the same considerations can and should perhaps be regarded for every race and culture: Blacks, Hispanics, Middle Eastern, South Asian, Meditteranian, Celtic, Anglo-Saxons etc. We are all more than our stereotypes, and must work together to recognize that in each other. Instead of assimilating similarities based on race while perpetuating the differences between one another to increase separations from between groups, I encourage all of us to take a deeper look within each individual in order to recognize and encourage the differences within each race, and even within our own communities.