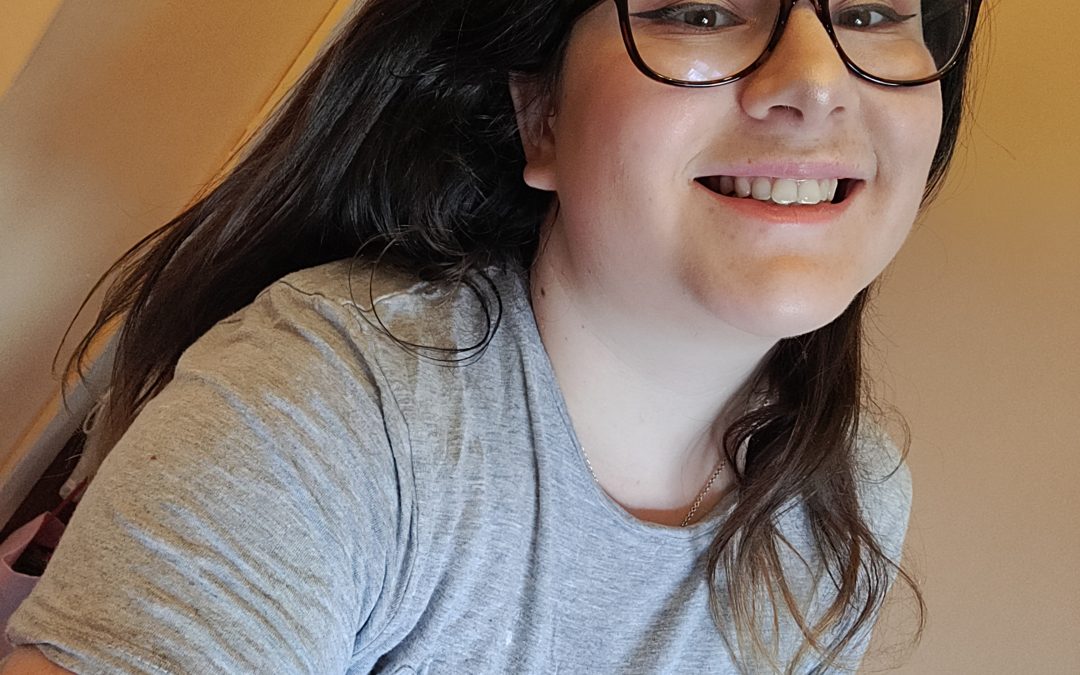 My mental health journey begun when I was 16 years old. At nearly 24 a harsh reality I’ve faced is that the journey is nowhere near complete, but I’ve learnt so much along the way so far that I know I can use to help myself in times of need.

I had a very normal upbringing in the sense that I didn’t face much childhood trauma. I was very well loved and cared for, and I was always that happy, chatty girl. When I was 16, I started experiencing quite extreme mood-swings as well as weight gain before my periods disappeared. I went to the doctor and was diagnoses with Polycystic Ovarian Syndrome (PCOS). This meant that I had cysts on my ovaries which were creating hormone imbalances around my body, explaining the weight gain and mood-swings. For the next two years as I finished sixth form, I felt very down a lot of the time and also a lot of anger. At the time it felt like the worst thing in the world, and that there was no way the mental anguish could get any worse than that. However, at 18 I went to university and within my first week I was suddenly facing the most extreme, unexplainable anxiety for the first time in my life. I would wake up at 5am every day needing to throw up, a constant tightness in my chest and I constantly felt on the verge of a panic attack. The only thing that subsided it was drinking, which I was fortunately raised and educated well enough to know not to rely on it. After dropping out of university after 10 days of this, I thought it would get better as I thought university was the trigger. However again it only got worse. I felt so out of place, like my life was on pause, that I was a burden to everyone around me and I had no sense of purpose. This was when my suicidal thoughts started, and I went through a lot of low points over that year.

I tried to get myself help as I didn’t really want to die, I was just facing a lot of intrusive thoughts and anxiety that made my life quite unbearable. I ended up trying fluoxetine, citalopram and sertraline, none of which I found helped at the time. I completed a round of Cognitive Behavioural Therapy, which I think provided some short-term relief during the sessions but I wasn’t in the place to take what they were teaching into my life long term. I even tried natural therapy – which looking back was a bit ridiculous but highlighted the absolute desperation my mum and I were facing to help me ‘be okay’ again. I eventually took myself to a therapist who I found was really helping me, but who then discharged me after 5 sessions for being ‘too suicidal’. That was really hard, because it was the first thing I had found that was helping me at that moment.

I then ended up going back to university (a different one), and stayed this time! I am nearly at the end of finishing my degree now which I am immensely proud of, but it has been a huge journey where I hit rock bottom time and time again. I went through relationship and friendship break-ups, gaining more weight, smoking cigarettes, eating and drinking too much and just generally not looking after myself very well.

There was never any specific moment like in movies or books where the character has a light-bulb moment and realises they need to change and suddenly they’re going on runs and eating healthily and reading self-care books. For me, every time I hit rock bottom (for different reasons) I found different ways to pick myself up again, and I learnt about what kind of person I wanted to avoid becoming. Did I really want to spend my life smoking cigarettes, putting myself in risky or self destructive situations, spending most of my days hardly moving and ignoring all the medical advice I had been given for my PCOS (exercising and eating well)? Doctors had specifically told me that I needed to take care of my body more than the average person, and I wasn’t in the place to properly hear that for a very long time.

I think as time passed I learnt to care about myself more. I also have Irritable Bowel Syndrome which causes intense gas and bloating for me, and like my PCOS, I used to completely ignore it. After so many years of self-neglect I think I reached a point at 21/22 years old where I just had had enough. My body and mind was crying out to be prioritised after being on the back burner for so long, and around 2 years ago was when I finally started listening.
So now, after finally practicing self-care and being honest with myself and what I needed, I have learnt a fair amount. Like I said in my opening paragraph, I still have such a way to go and I don’t know everything but I am in such a better place than I once was, and would love to share what I have learnt so far.

I picked up a journal and started writing in it when I was 17. For the first few years it was mostly a place to offload, whinge, document etc. However over the past two years (especially the last year given the absolute horror of a year it’s been!) I have started using my journal extremely reflectively. This means asking myself questions like ‘If I could go through X again, what would I have done differently?’, ‘How did this make me feel?’, ‘Why do I think this has happened?’. These prompt me to think more about my emotions rather than the facts of a situation, which not only brings a lot of underlying feelings or frustrations to the surface but in all honesty it forces me to listen to myself, and act as my own friend in a way to work through challenges. It is also very helpful for documentation, as I can read back through all the hardships I’ve faced which act as a reminder that I have gotten myself through all my worst days so far, therefore I can get through this one. I think it’s a journey of self-love that has had the biggest impact upon me, and my journal was where it all began. Unfiltered, honest, true, raw, me, and for my eyes and purpose only.

This was a really hard one because I didn’t value myself up until recently, therefore allowed a lot of toxicity in my life. Like I said – I put myself in awful situations, treated my body badly, befriended toxic people and simply didn’t have my priorities straight. I am a complete empath in the way that I would always put others’ issues or feelings over my own which I think caused me a lot of damage. After going through a horrific, manipulative, soul-destroying relationship for two years from 20 to 21, I was smacked in the face with the reality of how much I was allowing people to manipulate me and just bring in so much negativity into my life. Not only in romantic relationships but within friendships, family too. I essentially had literally no boundaries whatsoever, and this particular relationship break-down helped me to see that, and put new boundaries up. It was really hard because for me it was like re-writing my brain, and seeing my entire world through a totally different lens. It wasn’t as simple as just not talking to a friend I argued with a lot, or not giving in to the temptation of talking to my ex, it was so much deeper than that. I am still working on keeping the toxic out of my life and keeping up these boundaries to protect myself and put myself first and there are a lot of times where I fail to do so. However, the steps I have taken so far have done me wonders for my mental health long-term, and I know I will be better off for it no matter how challenging it has been.

Sometimes I feel these words can lose all meaning, as they can be interpreted in such a variety of ways (typically in the form of a face mask or drinking a pint of water one day a week). For me, self-care means taking care of my basic needs consistently which, for those of you who get it, is actually really hard. This means not letting myself go weeks without exercise, cleaning the space around me, avoiding eating crap that triggers my IBS, taking care of my appearance, drinking enough water, taking time on my own, reading, journaling, and making sure I don’t neglect my friendships. As you can see, that’s quite a hefty list. However for me I know if I start neglecting one or more of those things it doesn’t take long before the self-neglect train decides to pull into the station, and my mental health declines as a result. Self-care also means just being kind to myself, again something quite hard, and not tearing myself to shreds if I have a bad few days or make a mistake.

So, I hope this has been an inciteful read. Like I said I am definitely still smack bam in the middle of this life-long journey but I do believe I can get through it. I’ve recognised how my spirals now last for an evening, perhaps a few days at most depending on the situation, as opposed to months at a time that I was experiencing at 18/19 years old. It’s horrible knowing that sometimes time really is the best healer, but you just have to be patient with yourself and keep doing those small things for you and you only. Take risks and make changes for yourself, or lose the chance to be your best self.