Somatization and Asking for Help: How Asian Populations Respond to Psychological Stress 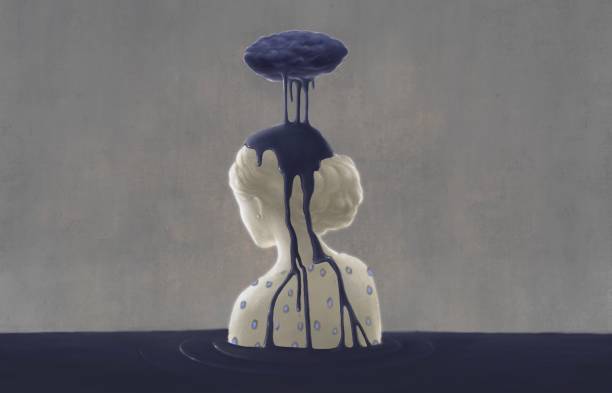 The intricate mechanisms of the body alone, are quite remarkable; but once we add the
functionalities of the mind to the mix, the body often succumbs to the mind’s agency in decision-
making, be it conscious or sub-conscious.

Although quite awesome and intricate to study, the mind is not an isolated concept. Both
the mind and brain work synchronously, absorbing the world around them like a sponge, and
developing ideas and beliefs based on its experiences. One such influential environmental factor
on the mind and body is culture. There tends to be a more intricate and multidirectional
relationship with how people interact with their environment, however, a considerable amount of
research points to the deep impact culture can have on the perception of reality (Kasatanakis &
Voyer, 2014). For instance, the stigma in Asian communities associated with seeking treatment
for one’s mental health, can affect how your body asks for help, and may shine light on deeper
psychological distress.

The clinical term for replacing psychological or emotional issues with physical symptoms
is somatization (Karask, Dempsey and Fallek, 2007). This could happen for several reasons but
can partially be explained by how one’s culture perceives the expression of both psychological
and physical symptoms. Asian communities in particular, consider mental illness a controversial
topic (Lin, Chin, Yu, Kviatkovsky, and Lomiguen, 2019). Moreover, because seeking help for
physical symptoms is seen as more acceptable, mental health issues are often misdiagnosed as
physicians or healers are approached rather than mental health professionals (Karask, Dempsey
and Fallek, 2007; Naito, Chin, Kim, Veera, Jeannette, and Lomiguen, 2020). For example, in  South Asian communities, complaining about feelings of weakness or fatigue (i.e “kamzori”) are more accepted than seeking help for a more blatantly psychological disorder like depression (Naito et. al, 2020). This is also true for East-Asian communities where, seeking out mental
health services is seen as culturally inappropriate (Zhou, Min, Sun, Kim, Ahn, Peng, Noh and
Ryder, 2015). Moreover, in both South and East Asian communities, it is more important to
maintain the harmony of the family than call out of for mental health support (Karask, Dempsey
and Fallek, 2007; Zhou et. al 2015;). With the emotional and cultural baggage associated with
mental illness, it is easier to tell your loved ones you’re tired or have a headache than point out
the poignant psychological drama an Asian family might pull you into. Therefore, the cultural
taboo of mental health, and the priority of family harmony leads the body to cry out for help in
other ways. This can especially be seen in the case of Asian women. 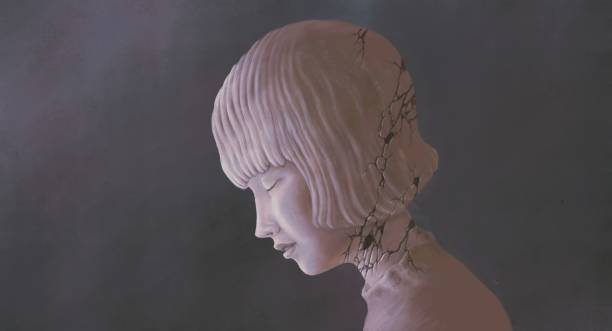 Mental illnesses such as depression and anxiety are some of the most common mental
illnesses in the world (Shahbazi, Shahbazi, and Poorolajal, 2022). However, because of cultural
gender differences between how men and women are treated during illness, Asian women tend to somatize their mental health issues more often (Patel & Oomman, 1999). The woman has a greater responsibility of running the household, and therefore has a greater impact on the family. Her significant role therefore attracts more stigma and shame when talking about her own mental
health (Patel & Oomman, 1999). The stressful nature of their lives in addition to a culturally
induced deprioritization of one’s mental health finally triggers the somatization. This can be seen
in a variety of symptoms, from headaches and fatigue, (Naito et. al, 2020), to vaginal discharge
(Patel & Oomman, 1999; Karask, Dempsey, and Fallek, 2007), where they often tend to link
back these symptoms to the psychological disorder of depression (Patel & Oomman, 1999; Karask, Dempsey and Fallek, 2007; Naito et. al, 2020). The cultural pressure of presenting oneself as mentally strong is a double-edged sword. It does honor the Asian woman with the
significant responsibility of nurturing and caring for her family, but it also negatively affects the
overall well-being of her in the long-term and takes away her agency to simply ask for help. It
begs the question, if the woman is expected to take care of her family, who takes care of her?

Uprooting one’s family from familiar and comfortable surroundings to a foreign country
can be quite stressful. The subsequent process of acculturation, which can be described as the
degree to which an individual incorporates into the socioeconomic and political culture of their
new society, is therefore an emotionally charged journey (Ahmed & Lemkau, 2000). The reasons
for psychological distress on a familial level, can start with intergenerational rifts on how much
to hold on to the home culture, and how much to accept the newer culture around you; but on an
individual level, the stress put on the younger generation of immigrants specially to succeed both
academically and economically to validate the sacrifice of leaving one’s homes is equally
difficult (ibid.). The cultural shock that follows is no joking matter, and may range from anxiety,
and depression to paranoia and even psychosis (Ahmed & Lemkau, 2000).

It is important to note that the level of cultural shock, and the psychological reactions vary and depend on age, and attachment to the home culture. However, given the lack of cultural acceptance of mental health disorders, the mental stress may be experienced severely and affected individuals might never be provided any medical attention (Naito et. al, 2020). Moreover, the myth of the model minority looms over the heads of Asians who have immigrated voluntarily to the West and have a strong socio-economic standing. This myth propagates the idea that Asians don’t face discrimination or deal with any mental health issues further restricting their ability to seek professional help for their mental health concerns (Tavkar, Iyer and Hansen, 2008). These cultural and environmental stressors then open up the door for somatization to occur. Ahmed and Lemkau (2000) give the example of a Bangladeshi student who begins to suffer panic attacks after his grade’s plummets because of the deep psychological connection he had established between his own success, and the survival of his family back home. This demonstrates the nuanced way one’s culture and community can impose a subtle pressure on how we choose to show our distress.

Given the unique representation of symptoms in the Asian population, the DSM, a
medical manual used to categorize psychological disorders, might not be the most fitting to rely
on (Tavkar, Iyer and Hansen, 2008). We have already seen how individuals within this
population might not even be aware of their mental health issues, let alone be ready to ask for
help from professionals. There are various degrees of acceptance that come with the
acculturation process and adjusting to a new culture (Nguyen, 2011). However, the issue still
stands as to how Asians might have to be approached differently when it comes to seeking
mental health support. The cultural stigma around mental health affects the way they think about
themselves, and their loved ones. Therefore, healthcare professionals need to keep in mind that
they need to not only be culturally competent about the patient’s mental health, but also be
sensitive to the family dynamics that shape the decisions of the patients, and how these dynamics
change the way patients ask for help. For instance, group therapy might not be possible as talking
about one’s problems in front of others is not culturally accepted, especially given the family
hierarchy present in Asian families (Juthani, 2002). In addition, religious beliefs might play a
great role in how patients view their illness (Tavkar, Iyer and Hansen, 2008). For this reason,
taking the time to understand each patient, their culture and family dynamics becomes extremely important. Generalizing one’s understanding of the patient’s culture can be counterproductive due to the nuanced intersection of factors such as immigration, level of acculturation, family
expectations and cultural norms. Juthani (2002) also recommends being a more problem
oriented, interactive therapist rather than maintaining a neutral, unreceptive stance which might
be received with anxiety from the patient and family.

As we approach a more well-informed era, where knowing is supposedly idolized, we
need to look back and question how “advanced” we really are when it comes to issues like
mental health. Although more attention is given to mental health issues, not enough focus is
given in understanding these issues at a closer level (Shahbazi, Shahbazi, and Poorolajal, 2022).
How can we create a culturally perceptive community that allows these voices suffering in
silence to surface? From the perspective of mental health professionals, are we really helping
anyone if we don’t take the time to understand the humility, sensitivity, and of course, patience
needed to help minority populations in getting the help they need?

Aisha Munshi is a researcher/educator who is deeply passionate about religion, ethnocultural diversity, mental health and how they all intersect. She graduated with a M.A in Psychology from the New York University, NY and currently works as a researcher by morning, and teacher by evening. She loves to advocate and write about mental health issues, especially highlighting the stigma in her own South Asian community, in addition to issues that are usually not given that much attention.

Association for Behavioral and Cognitive Therapies.