Suicide: The Other Pandemic 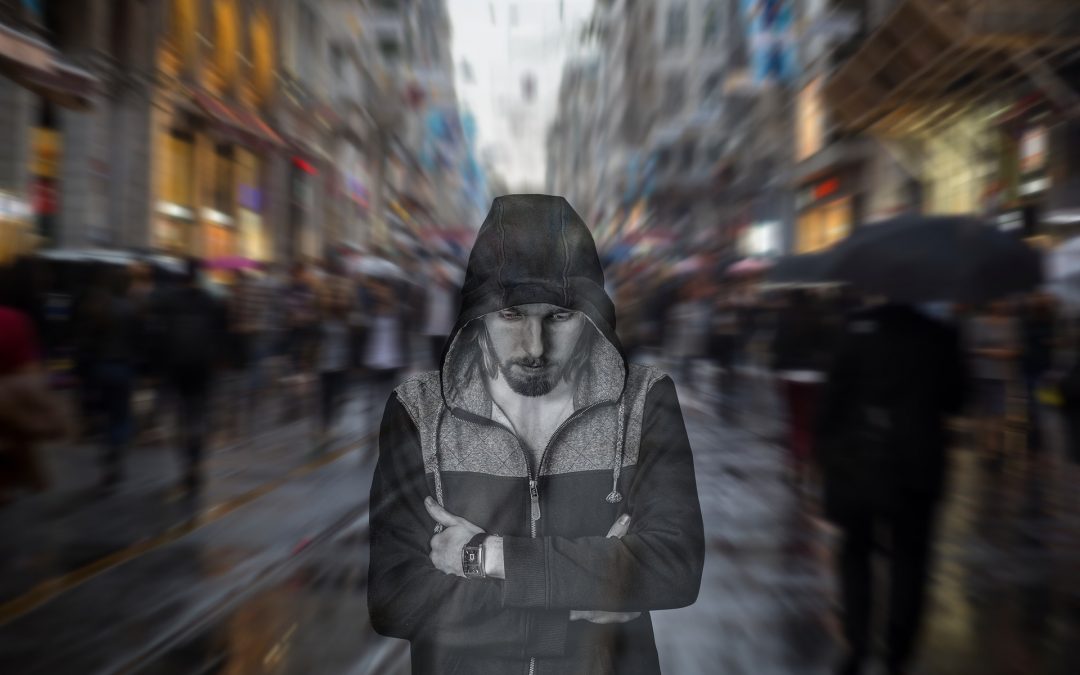 For the majority of us, September marks the start of Autumn. A long-awaited season bringing brisk air, warm apple cider, and the beautiful turning of leaves. But we mustn’t forget. It is also a month dedicated to the cause of suicide awareness and prevention, hence, being designated as “Suicide Awareness and Prevention Month”.

Suicide is a pandemic that has plagued the world for centuries. Taking the lives of those we hold most dear. And yet, it continues to be an epidemic that still has not received the critical attention it deserves. There is a such a strong stigma surrounding the topics of mental health and suicide that millions of people worldwide continue to suffer in silence.

I’ve been told that suicide is never the outcome of just one thing. Rather, it can be an intricate web of psychosocial factors, overpowering emotions, and environmental, financial, or interpersonal stressors. If you’re a child in middle school, perhaps part of it was the shame you felt from being harassed and bullied. If you’re a grown man, maybe you lost your job and you are the sole provider for your family, plus, you have a baby on the way. If you’ve endured chronic pain for years, and you no longer have the will or threshold to withstand it any longer. Or maybe the weight of life’s responsibilities is too much for you. You don’t wish to deal with it a second more, nor do you wish to make it anybody else’s business but your own.

In a world of 7.75 billion people, how did we come to feel so alone? Desolate amidst other humans who simply wouldn’t understand our pain?

Studies show that biology can play a factor in suicidality. Chemical imbalances (particularly with the neurotransmitter serotonin) and genetic dispositions can be partly responsible. “Genetic risk factors may be involved in completed suicide…based on the observation that the risk of suicide or suicidal behavior is higher in relatives of probands with mood disorders,” states Pandey, a professor within the Department of Psychiatry at the University of Illinois [1]. “Genetic predisposition to suicide…may, at least in part, be independent from the genetic risk for mood or other psychiatric disorders […] Besides major mental disorders, other risk factors…are impulsive-aggressive behavior, stress, and childhood abuse. Abnormalities of serotonergic mechanisms have been associated with [such] behavior, abnormal neuroendocrine and immune functions, and with stress. […] These studies…provide information on an association of serotonin in the pathophysiology of suicide [and] on specific molecular sites that may present vulnerability factors for suicide” [1].

Also, mental illness, to which a person can be genetically predisposed, can most certainly play a role in suicidality. States Pandey, “The main risk factor for suicide is the presence of mental illness, including substance abuse, as it is estimated that 90% of suicides are associated with some form of psychiatric disorder [1]”.

It is key to note that a biological component might explain why only a percentage of people who live through a nearly identical kind of trauma will experience suicidality. It is also key to note that though 90% of suicides are “associated with some form of psychiatric disorder,” “not all patients with major mental disorders or mood disorders have suicidal behavior”, which is comprised of “suicide ideation, suicide attempts, and completed suicide” [1].

WHO, or the World Health Organization, states, “It is estimated that over 800,000 people [worldwide]die by suicide every year,” [2]. Every 40 seconds, we lose another person to suicide. “The taboo and stigma surrounding suicide persist and often people do not seek help or are left alone” [2]. It is a global epidemic that we, as a group of nations, have yet to get ahead of. An epidemic that claims its victims before we even have a chance to heal them—many times before we even know that our peers, our friends, and our loved ones have been hurting for varied durations of time.

Suicide knows no prejudice. Every race, every age, every gender, and every population across the globe loses its people to this plague. Says Bachmann from the National Library of Medicine, “Suicide rates between 5.0 and 9.9 [per 100,000 people] were documented in Mexico, Somalia, Bangladesh [and] Afghanistan […] Rates between 10.0 and 14.9 existed in China, South Africa…Norway…New Zealand…[and] Germany”. […] The highest rates [greater than or equal to] 15 were found in Switzerland, Sweden, Ireland, [and] Japan, to name a few [3].

Is it fair then to conclude that suicide is a problem unique to no one group of people? Instead, as humans, we all face this goliath of a pandemic, really. We are losing our loved ones by the second, and the ones left behind feel as though they have died as well. Questions asked like, why couldn’t I save him? What more could I have done? How could I not know? Signs we missed. Conversations we wished we had. An unbearable loss. And yet, we never can truly feel the pain they felt, only try to understand it, and yet, we have trouble doing that as well. We will never comprehend it fully because it is a pain they bore all on their own. They fell into it so deeply that we will never be able to reach that depth. All we can do is mourn and grieve, honor their memory, and try to heal.

In 2020, the Centers for Disease Control and Prevention reported that in the U.S. alone, “12.2. million [adults] seriously thought about suicide. 3.2 million made a plan for suicide, [and] 1.2 million attempted suicide.” Also, in the U.S. in 2020, “nearly 46,000 people died by suicide” [4]. However, the year 2020 actually experienced a drop in the number of suicides as did the year before. Despite the modest drop, researchers claim it is key to note that the decline “does not tell the full story of suicide mortality in the US” [5]. For one, the decline had mostly occurred among whites, meaning it does not take account of rates within other ethnic groups, and two, the “reported rates are likely an undercount of the true suicide toll” for groups such as Blacks, Hispanics, and Non-Hispanic American Indians. “If these data show anything, it is that it is time to move beyond focusing on one suicide rate for the entire population[5].

Across the globe, suicide rates for men have surpassed that of women despite that women tend to have higher rates of diagnosed depression [6]. An article from BBC Future writes, “Men are three times more likely to die by suicide in Australia, 3.5 times more likely in the US and more than four times more likely in Russia and Argentina.” Though women are more likely to attempt suicide, men’s methods tend to be more violent and lethal, hence, more effective and harder to intervene. Many women choose poisoning by pesticides or overdosing while men choose firearms. Data shows that in 2017, “60% of firearm deaths in the US are from suicides“ alone, greatly outnumbering “those from homicide”. “They are responsible for approximately 8% of global suicides”, making them “one of the most common suicide methods globally” [7].

Adults are not the only age group affected by societal pressures and stressful life events. Kids as young as ten, and in some instances, even younger, are not immune to risk factors such as psychiatric diseases, depression, and even substance use disorders and psychosis. According to a NCHS Data Brief, in 2017, “suicide was the second leading cause of death for persons aged 10-14, 15-19, and 20-24” [8].

Childhood trauma can stay with an individual their entire lives, can result in self-harm, substance abuse, and mental health conditions. “One-third of all suicides are alcoholics,” states PubMed [9], mainly referring to those who take their own lives late in life. A multitude of stressors, such as a dysfunctional family, loss, loneliness, anxiety, rejection, and a family history of suicide, combined with depression and elevated by alcoholism can easily result in suicide. “Intoxication produces impulsiveness and weakening of normal restraints against dangerous behavior” [9].

Most adults don’t intend to bring harm to their children. Many do everything right. And yet, sometimes, a mental illness can get triggered and sprout. Other times, an event at school stacks up on other events and a flip is switched. Without the education that could teach you how to look for the signs, how to identify when your child is at risk, signals could get missed or crossed. A child’s irritability mistaken for moodiness or petulance could actually be a sign that he or she is depressed. A child’s withdrawn state could be the result of a bully they are terrified of or too ashamed to mention, and you would never know. As much as a mother may know her child, that child may not always state the true problem at hand once confronted, and that problem is neither addressed or, more importantly, solved.

The prevention of suicide is not impossible though. WHO states that it would require a national strategy indicating “a government’s clear commitment to dealing with the issue of suicide” [2]. This would include “surveillance…restriction, media guidelines, stigma reduction and raising of public awareness as well as training for health workers, educators, police and other gatekeepers. They also usually include crisis intervention services and postvention” [10].

Postvention, states the Suicide Prevention Resource Center, is an “organized response in the aftermath of a suicide to accomplish any one or more of the following: to facilitate the healing of individuals from the grief and distress of suicide loss, to mitigate other negative effects of exposure to suicide, [and] to prevent suicide among people who are at high risk after exposure to suicide” [10]. Also, “restricting access to means of suicide is a key element […] such as limiting access to pesticides and firearms or putting barriers on bridges” [2].

In 2020, “among U.S. adults, 1 in 5 experienced a mental illness,” states NAMI [11], hence, it is
important to note that “46% of people who die by suicide had a known mental health condition.” This statistic does not include those people who suffered from a mental health condition that wasn’t known. Again, education is key. Having further knowledge about mental illnesses, knowing how to look for signs of someone at risk for suicide, and simply lending an ear and being present for a friend, loved one, or peer could make all the difference in the world.

Crystal is a Southern California native with a deep passion for both writing and mental health advocacy. She has been with Breaking Taboo for nearly four years, helping manage the team of talented writers and educating others about mental health and suicide prevention. She is also a certified speaker for NAMI, and having lived with Bipolar 1 Disorder since she was 16, she truly believes happiness is in everybody’s path. It’s only a matter of getting there.